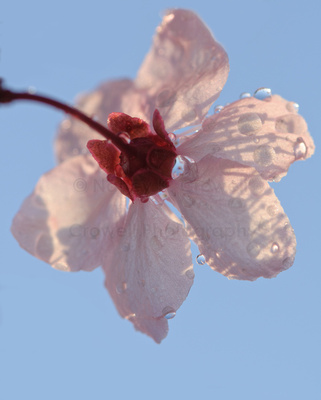 I admit it, I am endlessly fascinated by plum and cherry blossoms. Since the cherry blossoms aren't quite blooming yet, here's a bouquet from this week's selection of plum blossom images.  ( have added all of these to the Cherry and Plum Blossoms folder.) 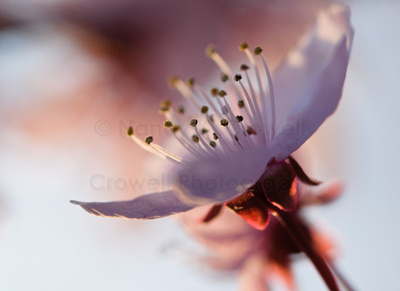 Conveniently, there is a plum tree across the street from my house. I watch it morning, noon and night and sneak in some shots whenever it looks interesting. These are all images shot at different times of the day. 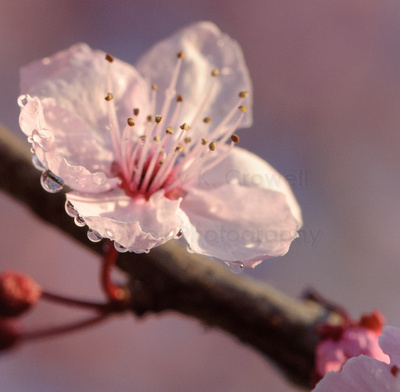 Although it may look later, this first shot is an early morning shot.  Someone once said to me, "I've never seen anyone shoot the backside of a flower. That's different."  Is it?  I just thought it was an interesting angle. I guess most people think you have to shoot a flower straight on to capture its essence.

The next image is a sunset shot. I loved how the late light was warming those red stems. I'm okay sacrificing a little sharpness for this because of the colors.

The third image is also early morning, but shooting from in front, not behind, obviously. 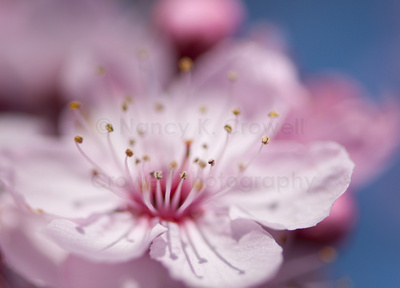 Finally, the last image was shot in full, bright, middle-of the day light. What a difference that makes! So clear and bright, with its upright position, reaching for those rays. I know just how it feels - at last, sun!