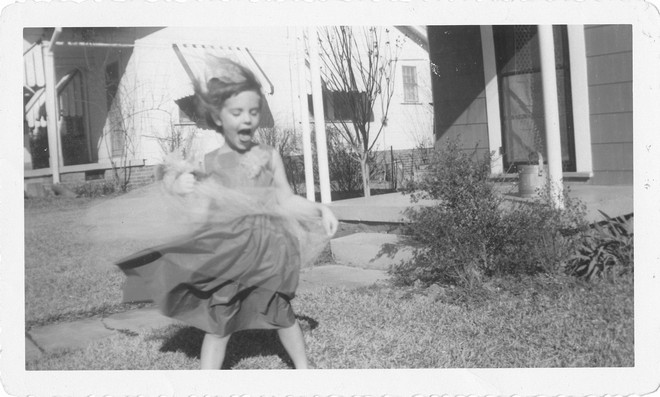 My background in media is varied and includes magazine editing, feature writing, copywriting, cinematography, still photography and photo editing. Years ago I wanted more than anything to be a writer. That's how I ended up in the magazine business - both editing and writing. As I realized that vision, I branched out and incorporated more and more visual arts into my repertoire. While this site emphasizes my photography, I am still very much in the business of writing.

It was my grandmother, who always had her camera handy, who sparked my initial interest in photography. It was she who shot the image of me, above, relishing a warm summer breeze. I still feel the way I did in that photo - every time I go out to shoot photos. It was Nana who taught me to appreciate the natural world, and to see the beauty in everyday things.

That spark grew into a full blown flame of passion for imagery in my teens, and I started shooting photos and developing and printing my own work. Photography was largely a male dominated field, though, and I never considered it a real possibility, so I pursued writing.

Fast forward some twenty years and countless writing assignments later and I found myself behind a camera again - but this time it was a moving picture camera. I entered film school thinking I wanted to write screenplays. By the time I graduated I had dropped screenwriting completely and was fully anchored behind the camera. I spent a few years in Los Angeles working in the film industry on camera crews, but when I moved to the Pacific Northwest I lost interest in that industry.

Cutting to the chase - in the interim, digital arrived and I had not picked up a still camera in a while. When I did, it was at the prompting of a friend. The shift to digital was so easy and so financially efficient, it wasn't long before I had rekindled my affair with still photography. That was 10 years ago.

Since I returned to still photography I have built a list of clients that include MGM Resorts International, as well as private collectors who display my work at both home and office. I am currently represented by Third and Wall for licensing and prints.