In the practice of yoga it is evident very quickly that when you are not focused, not centered, not balanced, you will fall over. It's a pretty simple concept with broad impact.

I have always taken photos, but it's only been in the past few years that I committed myself to staying true to my own vision and channeling my energy to one art form. I had been pursuing drawing, but made the decision to set that aside to see how far I could go with photography once I overcame my fear of switching from film to digital. I have, quite literally, done one drawing since I made that commitment. Instead of spreading my energy thin, I have gone deeper and farther into my photography than I ever imagined. I gave myself permission to buy a camera, to learn new things, and to experiment. It was hard to justify the expense and the time, but once I made the commitment, I jumped in with both feet. And it has been pure bliss. The last time I felt this kind of joy was the time I spent in film school.

I didn't set out with the intention of having shows or selling my images. I set out to capture the things I see. I started sharing them with people and one thing led to another. Which leads me to my thoughts about staying centered. 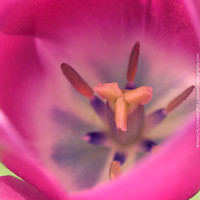 I recently had a conversation with a friend who was questioning why I chose to print my photos and frame them with museum quality glass for my show. I explained that once I knew I was going to have a show, I realized I had some pretty strong opinions about how I wanted my images presented. And, because I put time and work into getting the prints just right - I didn't want to just frame them in cheap frames and glass that might allow them to fade. After all, why print on archival paper if you're not going to protect them?

The conversation went on like that, and she mentioned that she had heard people saying they didn't think the photos were of value because they were "just digital."  That is a very interesting concept to me, especially when I think how challenging it was for me to translate all of my photography knowledge to digital--the classes I took, the tutorials I watched. Hmm. "Just digital."  I guess there's a perception that because it's digital anyone can do it. In a sense, that's absolutely true.

Digital imaging has revolutionized story telling and made photography accessible to everyone. I think that's a wonderful thing. If I had to pay to develop film, I would be less inclined to experiment and try new things with my camera. Digital comes with its own limitations and issues, of course, but I have a hard time seeing how it diminishes someone's vision.

When I was in film school, we still worked with 16 mm film cameras. Because processing and developing film was so expensive, it was necessary to plan every scene very carefully. It also restricted what people would try. Now that digital video has become so good, my film school friends are creating movies that might have lived only in their heads due to budget restrictions and we are all the richer for their ability to share their work. I feel that way about digital photography too. That's why I participated in the aDay.org event. I love seeing what other people see.

So, back to my original point. I'm sticking to my plan. I'm following my vision. And hearing feedback that some people don't find it worthy is just fine. Another thing yoga brings to the table is the practice of detachment. It's okay with me if you don't love what I do. It's okay with me if you don't value what I do. To me, the point is doing. Anything that comes after that is gravy.

Just as I was composing this post, a friend posted this wonderful video. He sums up what I've been trying to say in a much more humorous and gracious way. Do take the time to watch.